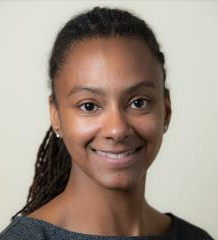 We partnered with ERA Coalition/Fund for Women’s Equality on the search for its President and CEO. The ERA Coalition was founded in 2014 to bring concerted, organized action in an effort to ratify the Equal Rights Amendment. The ERA Coalition has a sister organization, the Fund for Women’s Equality, which promotes public education and outreach on the need for constitutional equality. Composed of more than 260 organizations across the country, the Coalition provides education and advocacy on constitutional Equality.

Our work resulted in the recruitment of Zakiya Thomas to the role of President and CEO, leading both organizations.

Thomas has more than a decade of experience as a campaign manager, political strategist, and nonprofit leader.

Thomas most recently founded and led a consulting firm on the premise of doing well while doing good to help small businesses, startups, nonprofits, and political organizations grow, adapt, and thrive.

Thomas is a professor at Georgetown University Law Center and is also a licensed social worker.

She is a volunteer with Fairfax County’s Nurturing Parenting Program.

Thomas is also a talk show co-host on the Inside Scoop, a political debate show with elected officials, political candidates, and community leaders.

Thomas received a Bachelor of Science from the College of William and Mary. She earned her Master of Science in Social Work from Columbia University.