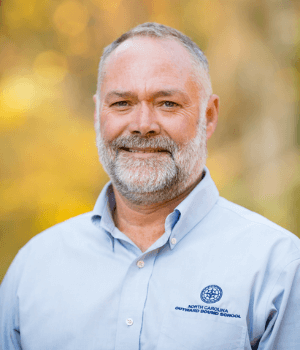 Koya | Diversified Search Group partnered with Big Sky Community Organization on its Chief Executive Officer search. Our work resulted in the appointment of Whitney H. Montgomery, a skilled senior executive with 30 years of leadership and management experience in both for-profit and not-for-profit organizations.

Over the last 14 years, Whitney served as Executive Director of the North Carolina Outward Bound School (NCOBS) where he positioned the organization to respond to economic, educational, and societal changes. NCOBS is thriving and last year served 5,500 students from seven wilderness basecamps and the urban center in Atlanta. While most programs serve youth, Whitney has also been a strong advocate for adult programs serving Veterans and educators.

When Whitney arrived at NCOBS in 2007, the School counted a total of 58,580 alumni since its first course in 1967. Today, 184,508 alumni have experienced an NCOBS course which represents a 68 percent growth in students served during his 14 years.

At NCOBS, Whitney dramatically increased operating and scholarship support by 100% annually. This also led to significant growth in endowments that were $5.5M in 2008 and currently hover around $19M – a 345% growth under his leadership. With the increase in funds for scholarships, NCOBS dramatically diversified the student populations served and remains relevant to students from all walks of life.

During 2011 and 2012 while serving as Executive Director of NCOBS, Whitney founded a member-driven service organization to provide national marketing and sales for wilderness courses for all Outward Bound in the United States. This organization is responsible for recruiting over 4,000 participants on public wilderness courses annually, generating over $14M in revenue for six Outward Bound schools around the country.

Whitney earned his BA from Davison College in 1987. He then dedicated the next two years to serving as headmaster and teacher in a small school in rural Kenya in the western region close to the Uganda border. While in Kenya, he worked with the local elders of his rural community to develop a plan to double the size of the school.  When he left Kenya, the school had reached 110 students. Today, the school serves over 400 students annually.

Upon returning from Kenya in 1990, Whitney became a grant writer for a health care organization in Charlotte, NC. After three years in this capacity, Whitney started another life-adventure by founding and launching a new restaurant concept named Just Fresh, A Bakery and Café. Under his leadership for the next 13 years, Just Fresh grew to 20 cafes from Charleston, SC to Washington DC serving nearly 10,000 customers a day through both franchised and company-owned cafes.