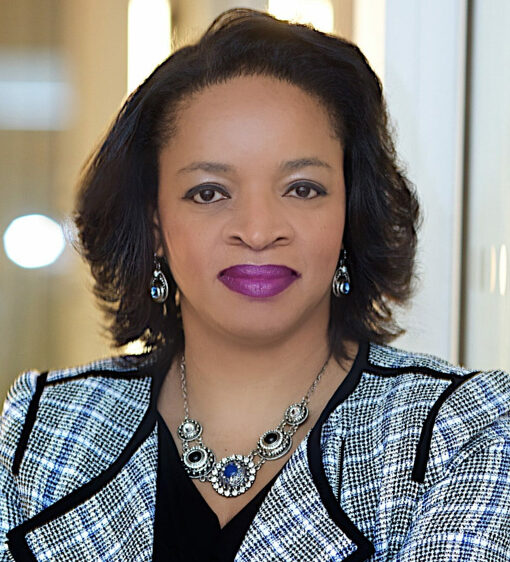 We partnered with Hip Hop Caucus to recruit an Executive Vice President for Campaigns and Advocacy. Hip Hop Caucus is a national, nonprofit and non-partisan organization that connects the Hip Hop community to the civic process to build power and create positive change.

The search resulted in the appointment of Tanya Clay House to the role.

Clay House most recently was the Senior Program Officer for Voting Rights at the State Infrastructure Fund, where she managed the voting rights portfolio, including all national voting rights litigation funding. There, Clay House worked directly with major foundations and funders and supported the fundraising goals of the State Infrastructure Fund.

She also serves as CEO and Co-Founder of ClayHouse Consulting Inc. Her clients have included the NAACP and the National Coalition for School Diversity, the Network for Public Education, African American Policy Forum and more.

As an Obama Administration appointee, Clay House formerly served as the Deputy Assistant Secretary for P-12 Education in the Office of Planning, Evaluation and Policy Development (OPEPD) at the U.S. Department of Education. In her role, she provided recommendations to the Assistant Secretary of OPEPD, and other senior Department officials on a host of policy initiatives as the leader of the P-12 team in OPEPD. Clay House oversaw the development of policy in the P-12 budget and spending plan and was responsible for policy recommendations and decisions for major grant competitions. She also led high priority policy initiatives across the Department, including work on school diversity, discipline practices, and the racial justice implications of policies throughout the Department.

In 2021, Clay House was recognized by Women Engaged for her work in philanthropy with the “She Who Rises to the Challenge and Builds Power as a Leader in Philanthropy Award. She was also awarded with two of the highest honors from the National Bar Association (NBA). In April of 2021, She received the Gertrude Rush Distinguished Service Award – named after the first Black female attorney in Iowa and one of the founders of the NBA, Gertrude Rush.

In July of 2021, Clay House received the Equal Justice Award for her work on protecting the civil rights of all people throughout the years. In 2020, she was awarded the President’s Circle Leadership Award on behalf of the National Coalition on Black Civic Participation and was selected as the 2020 National Bar Association (NBA), Women’s Lawyers Division’s Front Line Woman Lawyer. In 2018 she received the Push Excel Award for Educational Excellence, and in 2017 she was awarded the NBA’s Vince Monroe Townsend Jr. Civil Rights Legend Award.

Earlier in her career, Clay House was selected as a 2010 NGen (Next Generation) Fellow with the Independent Sector Foundation. She was also selected by the Root.com as one of the top 100 African Americans to watch for 2010 and was awarded the 2003 Congressional Black Caucus Chair’s Award for her dedication, leadership and commitment in advancing the cause of civil and human rights for all Americans.