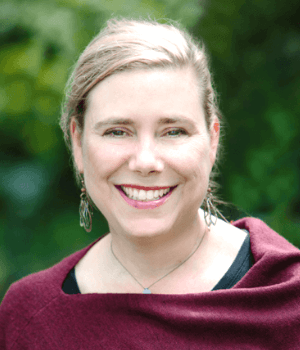 Koya | Diversified Search Group is delighted to announce the appointment of Ruth Dickey as Executive Director for National Book Foundation.

The Foundation was founded in 1989 to administer the National Book Awards, which has been one of the most prestigious literary prizes in the country since 1950. The Foundation also produces numerous educational and public programs that help connect readers to books in new and meaningful ways.

Dickey has spent over 25 years working at the intersection of community building, writing, and art. Since 2013, she served as Executive Director of Seattle Arts & Lectures (SAL), which brings the best writers and thinkers to Seattle stages and classrooms. Under her leadership, SAL more than tripled attendance and more than doubled subscribers, while expanding the number of students served and focusing on students with the least access to arts experiences.

Prior to SAL, Dickey spent five years as the Founding Executive Director of the Clifton Cultural Arts Center (CCAC) in Cincinnati, Ohio, repurposing a vacant school into a thriving arts center that attracted over 80,000 visitors. Prior to CCAC, Dickey served as the Executive Director of New Futures in Burien, Washington – partnering with families in low-income apartment complexes to create communities where children thrive. She led New Futures to double the number of children and families served and to attract widespread attention for its evaluation work, including an article in the Stanford Social Innovation Review.

Before CCAC, Dickey was the Executive Director of Miriam’s Kitchen, a social service program serving breakfast to people experiencing homelessness in Washington, DC. During her tenure, the organization executed a successful $1.4 million capital campaign to begin transitional housing and was selected as the winner of the 2001 Washington Post Award for Excellence in Nonprofit Management.

Dickey holds an MFA in poetry from UNC-Greensboro and a BS in Foreign Service. She earned an MA in Latin American Studies from Georgetown University and was a 2017 fellow with the National Arts Strategies Chief Executive Program.

We invite you to read the announcement here: Current Executive Director of Seattle Arts & Lectures to begin new role in May 2021.