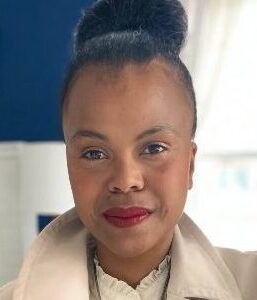 Koya | Diversified Search Group partnered with the International African American Museum on the search for its inaugural President and CEO.

Following the recruitment of Tonya Matthews to the role, we partnered with Tonya on the search for a Chief Learning and Engagement Officer. Set to open in late 2022, the International African American Museum will explore cultures and knowledge systems retained and adapted by Africans in the Americas, and the diverse journeys and achievements of these individuals and their descendants in South Carolina, the United States, and throughout the African Diaspora.

The search resulted in the recruitment of Malika Pryor to the role.

In this role, Pryor provides strategic direction for creating and enhancing dynamic programs that explore the Middle Passage, the African diaspora, and the crucial contributions that African Americans have made to our history as well as our modern world. As a member of the senior executive team, Pryor works closely with the CEO to establish partnerships and programs that help support and sustain the museum’s mission, including school programs, faith-based initiatives and programs, local and national public programs, and programs at the Center for Family History, a one-of-a-kind research center that focuses on African American genealogy.

Pryor most recently served as Senior Director of Educations and Programs for the Detroit Historical Society. There, she formed a cohesive department serving 25,000 students with 220 public programs.

Previously, she served at National Art Gallery of the Bahamas where she established the communications and education department. While living abroad, she founded the Curlyfest Bahamas Festival.

Pryor has also served as Director of Education and Programs at the Charles H. Wright Museum of African American History.

Pryor received her Bachelor of Arts in Organizational Studies and Afro-American and African Studies from the University of Michigan in Ann Arbor. She earned her Juris Doctor degree from Wayne State University Law School in Detroit.