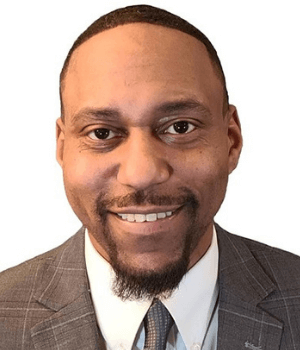 Koya | Diversified Search Group partnered with Michigan United on its Executive Director search. Michigan United is working for a more just world where everyone has a fair shot at a dignified life.

Our work resulted in the appointment of Kenneth Whittaker. Whittaker has spent the last 16 years fighting for justice for the 99% of us.

Whittaker’s fight began in 2004 after being rejected at a 14th District Democratic Party meeting as a “kid.” He left angry and determined. He joined the Young Democrats of Michigan and was elected as Communications Director in 2007. In 2009 he was elected President. That same year, he joined a grassroots effort to take over the 14th District Party. Whittaker was elected to the Executive Board and served as Webmaster, Communications Director, Membership Director, State Central Delegate, and Vice-Chair of the Michigan Democratic Party’s (MDP) Youth Caucus. Nationally, Whittaker served as Young Democrats of America’s Labor Caucus (YDA) Communications Director and as YDA’s Chair of Affirmative Action. He saw a need for progressive change and transformed the Affirmative Action Committee into the Diversity and Outreach Committee, with a mission of increasing participation by communities of color. Whittaker’s proudest accomplishment was expanding the MDP by successfully lobbying for 16 and 17-year-olds to be members. Whittaker was honored as Young Democrat of the Year by the MDP.

In 2011, Whittaker left a career in Information Technology to do something purposeful. As Metro Detroit AFL-CIO’s Campaign Coordinator, he organized a coalition of community, small business, and labor for a win against a proposed Walmart in Southfield. Whittaker quickly pivoted to Lincoln Park, organizing a group of senior citizens, canes in hand, to successfully fight off another proposed Walmart. Whittaker also ran the Metro’s Labor 2012 program. He managed a voter contact staff of over 100 union members to secure Metro Detroit’s YES vote on collective bargaining and Bridget Mary McCormack’s win. Soon after, Ken was recruited as a Legislative Assistant to the MI House of Representatives.

After a long year in Lansing, work-related health problems grounded Whittaker. He took stock of the most important things in his life, realized he was in the wrong place, and accepted Michigan United’s offer to join their team. Whittaker found a home at Michigan United, where his life crisscrossed many of the campaigns he’s worked on. Combining his personal stake in the work, with a sincere drive for fairness, Whittaker has become a bright star in the organizing community. In 2019 he was honored as Grassroots Organizer of the Year.

Whittaker has traveled the country training activists, inspiring new leaders, and developing the skills of those building the progressive movement. For the last eight years, he’s worked with power-building organizations dedicated to justice and dignity for all.

Whittaker is a lifelong Detroiter where he resides with his amazing wife Shanay Watson-Whittaker. Together they’ve raised six young adults that are following closely in their footsteps. He is a proud Navy dad and enjoys organic gardening and home improvement projects in his spare time.

We invite you to read the announcement here: Kenneth Whittaker to take over Michigan United, pledges to fight white supremacy.