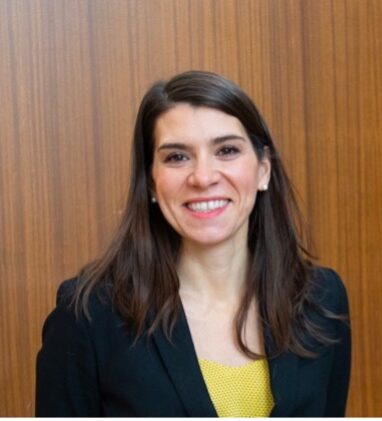 The Ralph Wilson Park Conservancy is a not-for-profit organization working in partnership with the City of Buffalo to transform the former LaSalle Park into Ralph Wilson Park, a 90+ acre waterfront destination located on the shoreline of Lake Erie. The park design by Michael Van Valkenburgh and Associates was inspired by the Imagine LaSalle community engagement process, led by the University at Buffalo Regional Institute, and a lead gift of $50 million from the Ralph C. Wilson, Jr. Foundation.

The search resulted in the appointment of Katie Campos to the role.

As the inaugural leader, Campos is responsible for building the organization from the ground up, continuing engagement with partners and neighbors of the park and advancing the Conservancy’s vision of establishing Ralph Wilson Park as a world-class, safe, vibrant, accessible, and inclusive waterfront park for generations to come. She oversees all park operations, partnering closely with the City of Buffalo and the broader Buffalo community.

Campos joined the Conservancy from the Institute for Citizens & Scholars, an organization that cultivates talent, ideas, and networks that develop young people as effective, lifelong citizens, where she served as the Civic Learning Lead.

Prior, Campos launched and led the Teach for America partnership with Buffalo Schools, where she recruited and developed a diverse network of leaders to address educational inequity in our community. Before that, she served as New York State Governor Andrew M. Cuomo’s first education advisor; and prior to that she led community organizing efforts in Buffalo working with parents to better understand their child’s educational rights.

Campos is known for her ability to build effective and impactful partnerships including diverse community coalitions, prioritizing access and inclusivity, and developing strategic systems to achieve an ambitious vision.