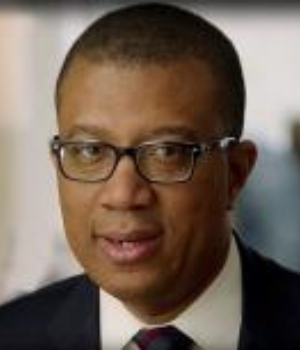 Diversified Search Group partnered with Trinity Church Wall Street on the search for a Chief Operating Officer to expand its impact in New York City, supporting post-pandemic needs and efforts to promote justice and equity for all.

Now in its fourth century, Trinity Church Wall Street is a growing and inclusive Episcopal parish of more than 1,200 members that seeks to serve and heal the world by building neighborhoods that live Gospel truths, generations of faithful leaders, and sustainable communities.

Our work resulted in the placement of Jim Johnson.

Johnson most recently served as Corporation Counsel for New York City’s Law Department, the largest municipal law department in the country. Prior to that, he was Special Counsel to Gov. Phil Murphy of New Jersey, where he led the review of the state’s 2016 takeover of Atlantic City and charted the course for its future. He also was a partner at Debevoise & Plimpton and former Under Secretary of the U.S. Treasury.

Johnson has served on the boards of several nonprofits, including the Brennan Center for Justice, Citizens Campaign, Harvard University’s Board of Overseers, the New Jersey Institute for Social Justice, and Jazz House Kids. Jim has a bachelor’s degree in Social Studies from Harvard and a Juris Doctorate from Harvard Law School.