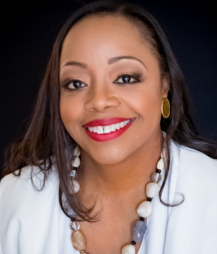 Since 1934, MPC has been dedicated to shaping a more equitable, sustainable, and prosperous greater Chicago region. As an independent, nonprofit, nonpartisan organization, MPC serves communities and residents by developing, promoting, and implementing solutions for sound regional growth.

The search resulted in the appointment of Darlene Oliver Hightower to the role. As the first Black CEO to lead MPC, Hightower brings two decades of experience leading civic organizations and initiatives to new heights.

Immediately prior to leading MPC, Hightower served as Vice President of Community Health Equity at Rush University Medical Center. At Rush, Hightower oversaw the implementation and evaluation of an array of community programs aimed at improving health and advancing equity. Additionally, Hightower served as co-chair of the Racial Justice Action Committee, a systemwide initiative aimed at advancing social and racial justice at Rush. She also played a central role in building and leading West Side United, a cross-sector collaborative aimed at improving health and economic vitality on Chicago’s West Side and serves as a member of West Side United’s Executive Leadership Council.

Hightower began her career as an attorney specializing in civil rights, employment law, and financial regulation. In 2008, she was appointed as an Administrative Law Judge for the Chicago Department of Human Relations.

She has served as a Chicago Community Trust Leadership Fellow and a Civic Leadership Academy Fellow at the University of Chicago’s Harris School of Public Policy. She was named a Culture of Health Leader Fellow with the Robert Wood Johnson Foundation and a U.S. News & World Report 2020 Healthcare Hero based on her health equity work during the pandemic.

We invite you to read the announcement here: Darlene Oliver Hightower selected as President & CEO of Metropolitan Planning Council.