Office of the Appellate Defender 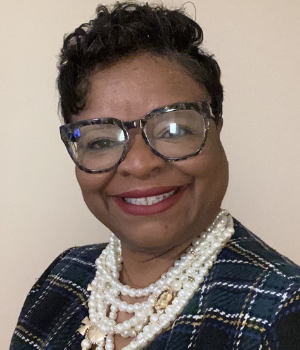 Koya partnered with the Office of the Appellate Defender (OAD) on the search for a President & Attorney-in-Charge. Our work resulted in the placement of Caprice R. Jenerson.

The Office of the Appellate Defender (OAD) is one of New York City’s oldest providers of appellate representation to poor people convicted of felonies, and the City’s second oldest institutional indigent defense office.  Since its founding in 1988, OAD has held a unique position in the field of indigent appellate defense: it not only provides superb appellate advocacy, it is also a leader in innovative, holistic, and client-centered representation.

Jenerson comes to OAD after serving as the Chief Equity & Inclusion Officer and Director of the Pro Bono and Volunteer Unit for the New York Legal Assistance Group (NYLAG).  Jenerson brings a wealth of leadership expertise to OAD, particularly in addressing systemic issues of racism in the criminal legal system.

As both a trial and appellate criminal defense attorney for over two decades, Jenerson has a deep understanding of the necessity of OAD’s mission to advocate for people who are indigent and convicted of felonies in Manhattan and the Bronx. Moreover, her management and strategic planning expertise at organizations of all sizes ensures that OAD will continue to be a model public defender office for years to come.

Before her roles at NYLAG, Jenerson also served as a Senior Resource Counsel for the Clemency Project 2014, and as a Managing Partner and Managing Attorney at law offices in Georgia for over a decade.

Jenerson earned a J.D. from the Georgia State University College of Law and a B.A. from Rutgers University.

Read the announcement: Caprice R. Jenerson Selected as the President & Attorney-in-Charge for the Office of the Appellate Defender.