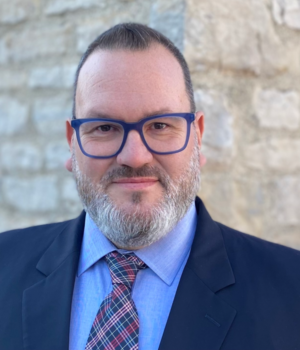 Koya | Diversified Search Group partnered with American LGBTQ+ Museum on a national search for its inaugural Executive Director. Opening in 2024, the American LGBTQ+ Museum preserves, investigates, and celebrates the dynamic histories and cultures of lesbian, gay, bisexual, transgender, and queer people, as well as those of the emergent and adjacent identities among our communities.

Our work resulted in the placement of Ben Garcia in the role.

Garcia (he/him) has worked for 20 years to help museums become places of welcome and belonging for all people.

He started as a gallery guide and educator, moved on to exhibition development, and then served in middle- and upper-management administrative roles, before joining The American LGBTQ+ Museum as Executive Director. He has presented and published regularly on creating structural equity in museums through transparency, accountability, fair labor practices, and by adding missing voices and perspectives.

Prior to joining The American LGBTQ+ Museum, Garcia worked in various roles as an educator and administrator at the J. Paul Getty Museum, Skirball Cultural Center, and Hearst Museum of Anthropology. He then served as Deputy Director of the Museum of Us, and as Deputy Executive Director and Chief Learning Officer at the Ohio History Connection. He is versed in museum interpretation, operations, management, and fundraising. Garcia led initiatives to return Indigenous ancestral human remains and belongings in San Diego and Ohio. He serves as a board member at Equality Ohio, working to get the Ohio Fairness Act passed, and as Vice President of the Association of Midwest Museums.

He has shared his life since 1999 with his husband, Scott Fabianek, a UX/UI Designer and comic book artist. Garcia is the child of a journalist and a visual artist. He has six siblings, thirteen nieces and nephews, and one great-niece and nephew (as well as many beloved in-laws). He is a proud fantasy and science fiction nerd.

Garcia graduated from the University of Massachusetts at Boston with a BA in Art and from Bank Street College of Education with an MSEd in Museum Leadership.