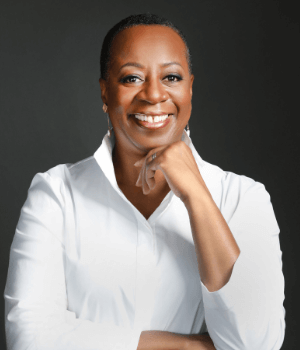 United Way Worldwide (UWW) is the world’s largest privately-funded nonprofit organization. Founded in 1887, its goal is to improve lives by mobilizing the caring power of communities around the world to advance the common good.

The search resulted in the appointment of Angela F. Williams to the role.

Williams is the first female and the first African American to lead UWW in the organization’s history.

Williams has more than 30 years of leadership experience in the nonprofit and corporate sectors. Immediately prior to leading the UWW, she served as President and CEO of Easterseals, the nation’s leading nonprofit provider of life-changing disability services and powerful advocacy for its 1.5 million clients of all ages, including veterans and seniors. There, she bolstered the organization’s impact and expanded services for advancing equity in healthcare, education, and employment for the one in four people living with disabilities today.

Prior to joining Easterseals, Williams held the position of Executive Vice President, General Counsel, and Chief Administration Officer at YMCA of the USA, where she was instrumental in shaping strategy and developing resources to help 2,700 YMCAs across the country enhance outcomes for youth and families in 10,000 communities.

In 2006, Williams was the Interfaith Liaison for the Bush-Clinton Katrina Fund, a nonprofit organization formed to provide critically needed donations to assist the survivors of Hurricane Katrina.

Williams began her professional career as an officer in the United States Air Force, serving in the Judge Advocate General’s Corps.

She is a 2005 Henry Crown Fellow of the Aspen Institute, a program committed to developing the next generation of community-spirited leaders by teaching them the values-based leadership skills needed to meet the challenges of corporate and civic leadership in the 21st century.

We invite you to read the announcement: United Way Worldwide Names Angela F. Williams as President and CEO.