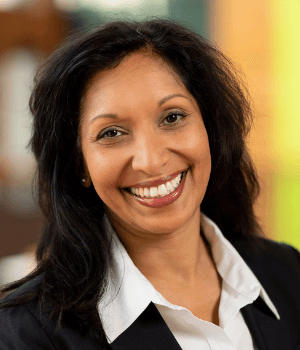 Koya | Diversified Search Group partnered with Boston University on the search for a Vice President, Human Resources. Our work resulted in the appointment of Amanda Bailey.

Bailey most recently served as the Vice President of Human Resources at Brown University. Before her three years in Providence, she held key human resources titles at Morehouse College in Atlanta, the Broward County School Board in Fort Lauderdale, FL, and Westwood College in Chicago.

At Morehouse, Bailey served as the Chief of Staff and Associate Vice President of Human Resources. In this role, Bailey launched a program focused on employee and leadership development, increased diversity on the college’s leadership team, established new policies and procedures for talent management and development and compensation.

At Broward County Public Schools in Florida, Bailey served first as Director of Compensation and Employee and Labor Relations then later as the district’s Chief Human Resources Officer. She also served in human resources roles at Edison Learning, a corporate education management company, and at Westwood College, an institution of learning with thirty locations and 5000 employees nationwide.

Bailey earned a bachelor’s degree in English and Education at Florida Atlantic University and a master’s in Labor Relations and Human Resources Management at the University of Rhode Island.