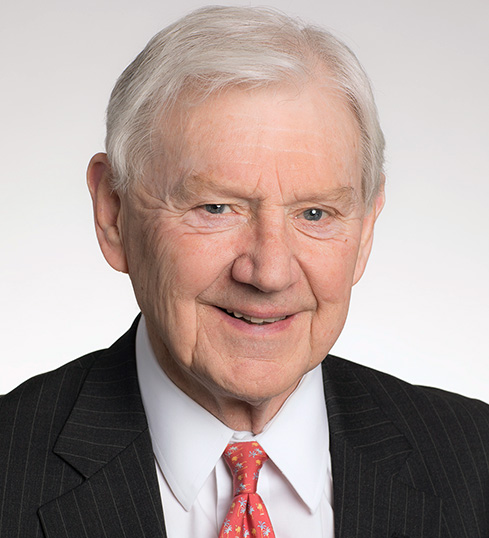 B.A. (Mackie) MacLean, Jr., Senior Advisor, joined Diversified Search in 1992. Previously he was President and CEO of another Philadelphia-based executive search firm from January 1990, and prior to that was a partner with one of the world’s largest executive search firms, Boyden International, Inc. His 25 plus year search career has encompassed assignments for major investment and commercial banks, national consulting and investment companies, as well as senior level work in manufacturing, technology, health care, education, and non-profit. He has completed numerous searches in the C-suite, including many CEO searches and has had extensive experience in recruiting Directors of both public and private company boards.

Prior to initiating a career in search, MacLean spent more than two decades in finance, most recently as Senior Vice President and General Manager of NYC operations of M&T Bancorp, one of the nation’s super regional financial institutions. Previously he spent 20 years with Brown Brothers Harriman & Co., an international private bank headquartered in New York City. His tenure at Brown Brothers covered assignments in lending, operations, treasury and foreign exchange management, and consulting. In his last role at Brown Brothers, he was Manager of the firm’s International Banking Division, and previously managed the banking operations in the firm’s Philadelphia office.

MacLean has served on numerous for-profit and non-profit boards, including USJ Newspapers, Inc., Taylor Health System, the Visiting Nurses Association of Philadelphia, the Leukemia and Lymphoma Society, and as Vice Chairman of The Haverford School, Executive Committee and Chair of the Finance and Investment Committees of The Baldwin School. More recently he has been a member of the Executive Committee of the Zoological Society of Philadelphia where he currently serves as a member of the Chairman’s Council, Advisory Board of Philadelphia Mural Arts Program, a Trustee of the Visiting Nurses Society, Director of First Priority Financial Corp. and First Priority Bank, and as Chairman of the Board of the Academy of Vocal Arts. Married to Dr. Charlotte G. MacLean, he and his family are long time residents of Haverford, Pennsylvania