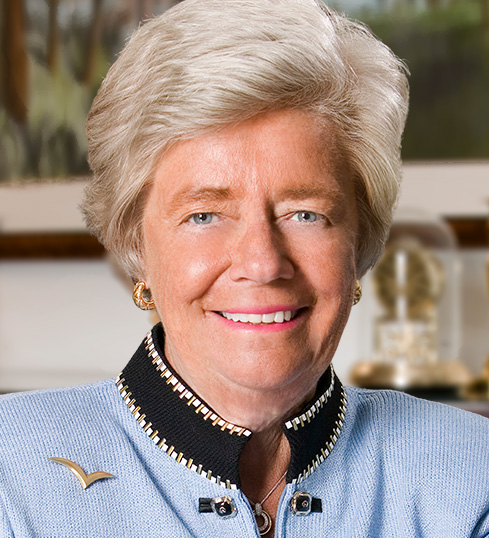 Judith M. von Seldeneck is the Founder and Chair of Diversified Search Group, headquartered in Philadelphia. A pioneer in the search industry, she has been identifying and placing senior-level executive talent around the country for more than four decades.

A born-and-bred North Carolinian, she began her career as an executive assistant to then-Senator Walter F. Mondale in Washington, D.C. Her road into executive search commenced in the early 1970s when she bought into a small Philadelphia firm founded to find professional roles for women. Buying out her partners in 1974, over the next several decades von Seldeneck built Diversified Search into one of the top ten executive search firms in the nation.

During the course of her career, von Seldeneck has been recognized by the executive search industry as setting the standard for retained executive search and has been active on numerous public, private, and not-for-profit boards of directors. Some of these include Citizens Financial Group; Tasty Baking Company; Teleflex, Inc.; CoreStates Financial Group; Meridian Bancorp; and AAA MidAtlantic. She has also served as Chair for the Philadelphia Chapter of the National Association of Corporate Directors. She formerly served on the Comcast and NBC Universal Joint Diversity Council and as Chairperson of the Women’s Advisory Council. She was also a founder of the Forum of Executive Women, the largest association of women business leaders in the Philadelphia region, and recently created the JvS Philadelphia Fund for Women Entrepreneurs, providing funding for women-owned startups and early-stage companies.

In 2022, she was included in the Forbes 50 Over 50 Entrepreneurs list, highlighting groundbreaking women who are making an impact and have achieved remarkable success in their careers. She has also been the recipient of dozens of awards and honors recognizing her achievements both professionally and philanthropically. These include the William Penn Award, the highest honor bestowed by the business community of Greater Philadelphia; the Drexel LeBow Business Leader of the Year Award, one of the most prestigious honors in the Greater Philadelphia region; the Association of Executive Search Consultants’ Eleanor H. Raynolds Award for Excellence in Executive Search; being designated as one of BusinessWeek’s Top 50 Most Influential Executive Recruiters in the World; and induction into the Philadelphia Business Hall of Fame. She is also a Global Board Member of AltoPartners.