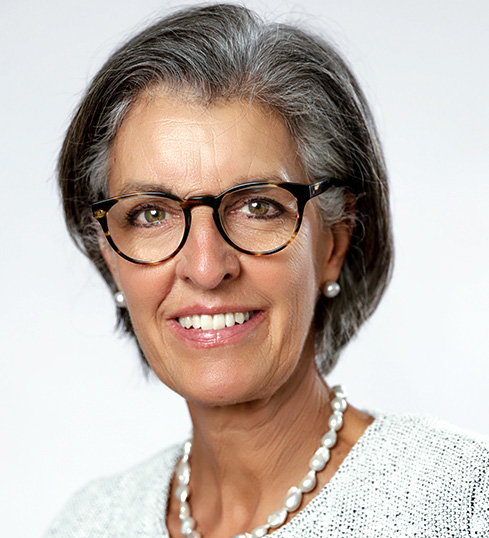 Heather Campion is a Managing Director at Diversified Search Group, one of the top ten Executive Search firms in the country and the largest woman-founded recruiting firm in the world. She leads their strategic consulting practice, Connected Leadership, which works with leaders and their institutions to build valuable networks and meaningful reputations. Campion also oversees the firm’s Marketing and Communications functions.

Campion has broad experience at the highest levels of public, private and nonprofit institutions with expertise in communications, marketing, government relations, and charitable giving. Prior to joining Diversified Search Group, Campion was CEO of the JFK Presidential Library Foundation following over a decade in financial services. She led Corporate Affairs as EVP at Citizens Financial Group, serving on the company’s top management team through over a dozen acquisitions. She later served as Chief Administrative Officer of Northeast Bancorp.

Prior to her career in banking, Campion held many leadership positions for nearly two decades at Harvard’s Kennedy School of Government. She was Associate Director of Harvard’s Institute of Politics and served as the director of the JFK Jr. Forum. She also served as the School’s Director of Public Liaison and helped launch the Center for Business & Government. She currently serves on the Senior Advisory Committee of Harvard’s Institute of Politics (IOP).

Campion began her career in politics and government and served in the Carter White House, first in the speechwriting office and then in the Public Liaison Office. She has also had roles in several presidential campaigns.

A recognized leader in women’s advancement, Campion is a past president of the Massachusetts Women’s Forum and is on the board of the Massachusetts Conference for Women. She has served on numerous private and nonprofit boards and in addition to Harvard’s IOP, she’s on the board of AAA Northeast, and on the President’s Advisory Boards of the Brigham & Women’s Hospital and Partners Health Care.