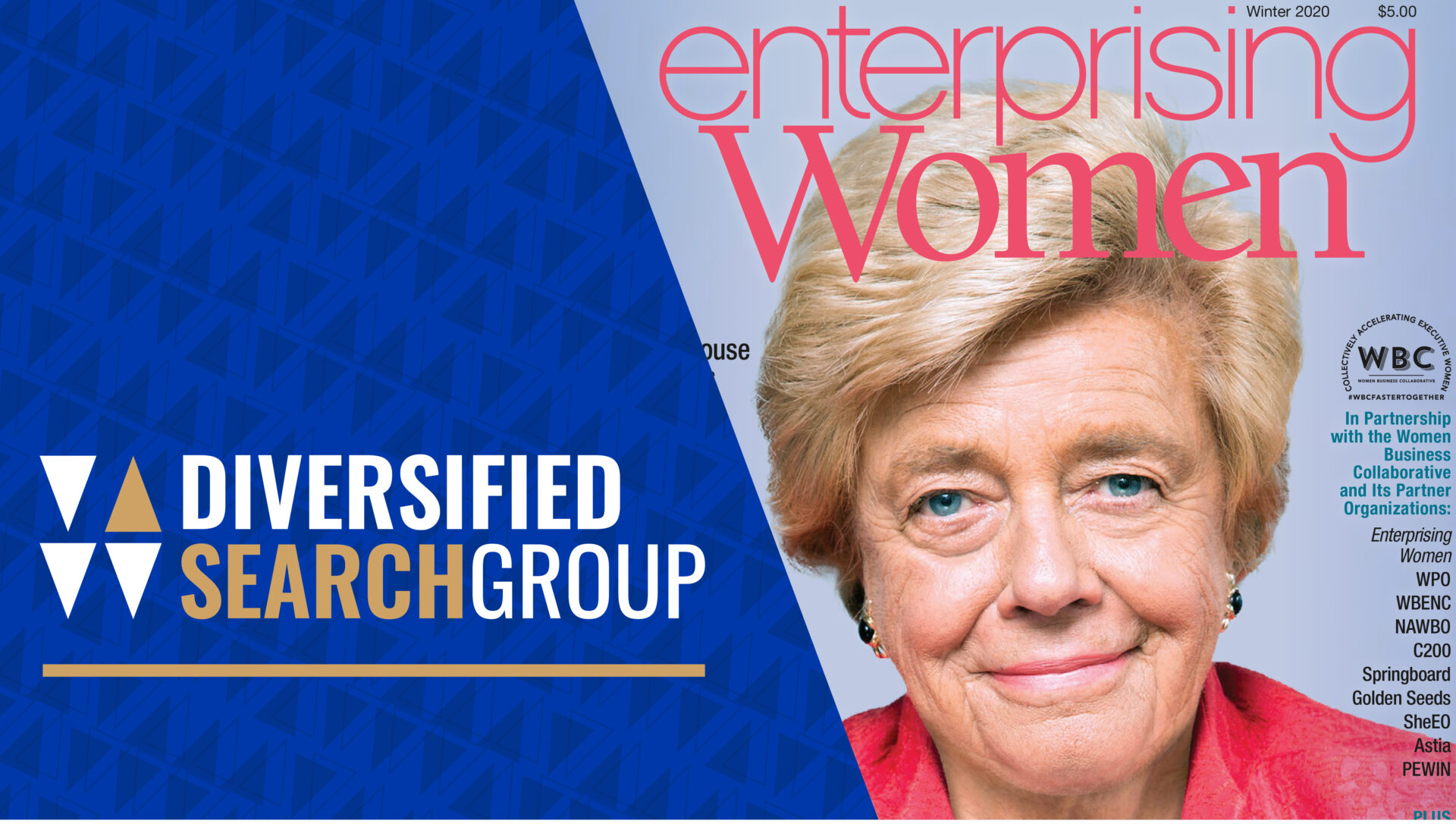 Founder and Chair Judith M. von Seldeneck is the cover profile of the new issue of Enterprising Women magazine, the global publication targeted to women business owners. Launched in 2000, with each issue the magazine reaches more than a million top women entrepreneurs in 185 countries around the world.

In the cover story of the Winter 2021 issue, von Seldeneck reflects on her long and distinguished career in executive search, and discusses topics including why women need more access to venture capital; the key role her mentor, former Vice President Walter F. Mondale, played in her life; and the importance of having a great group of girlfriends, among other topics.

You can read the issue with Judee’s profile here.