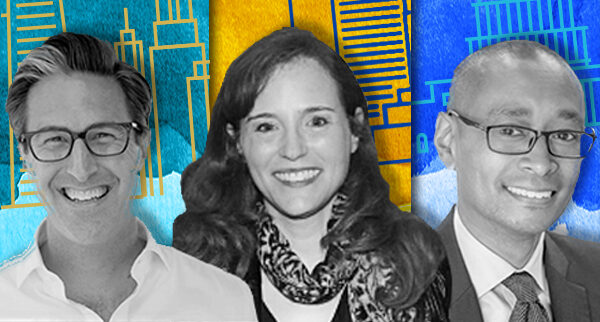 PHILADELPHIA—Diversified Search Group (DSG) is proud to announce the addition of three highly regarded leaders as managing directors in its burgeoning Nonprofit, Corporate, and Life Sciences practices. Following an accelerated demand for new leadership in the wake of the pandemic, the firm has seen a 30 percent surge in business; and DSG’s momentum continues to swell with market growth in all sectors. With the firm’s guiding purpose of cultivating new leadership for a changing world, Diversified Search Group is one of the top-ten executive recruiting firms in the United States, as ranked in 2021 by Forbes.

STEVE EDWARDS joins the Nonprofit and Connected Leadership practices as Managing Director, based in Chicago. Before joining the firm, Edwards served as Chief Content Officer of WBEZ Chicago Public Media, Chicago’s NPR News station. Previously, he spent nearly 20 years as an award-winning journalist, producer, and program host, appearing on the BBC, Bloomberg News, PBS, and more. From 2012 to 2017, Edwards served as Executive Director of the University of Chicago’s Institute of Politics, a non-partisan program devoted to elevating civic discourse and cultivating the next generation of public service leaders. He is also the recipient of numerous journalism honors, including the Grand Award in Radio from the National Headliner Club, the RTNDA’s Edward R. Murrow Award, as well as awards from The Associated Press, NABJ, the Society of Professional Journalists, and UPI, among others. Edwards earned his B.A. in political science from Amherst College and was a Knight-Wallace Fellow at the University of Michigan.

ROBIN GOOLSBEE joins the Corporate and Life Sciences practices as Managing Director, based in Chicago. For the last eight years, Robin has served as a Senior Principal with Business Talent Group, the largest network of independent consultants in the U.S., leading key client relationships across Fortune 1000 life sciences clients, major foundations, and professional services firms. Prior to her time with BTS, Goolsbee was an independent strategy consultant, an Engagement Manager at McKinsey & Company, and Director of Business Development at MTV International. She began her career with The Boston Consulting Group in their Consumer Goods practice. Goolsbee earned her B.A. from Yale University and MBA from Harvard University Graduate School of Business Administration.

DAVID KUGURU joins the Corporate practice as Managing Director, based in Washington, D.C. He joins Diversified Search Group following time with T-Mobile/Sprint, serving as Director of Internet of Things Sales, where he co-launched the first cohort of “Curiosity University,” a certification for advanced IoT experts; and co-led the identification of joint IoT, 5G & AR R&D projects and engaged in bridging the digital divide for Native American tribes. Previously, he served as Strategic Advisor for International Finance Corporation in Washington, D.C., and as Managing Executive at Vodafone Business. Kuguru earned his B.S. at Messiah College, MBA at Eastern University, and MLA at the University of Pennsylvania.

“We are pleased that Steve, Robin, and David have joined our firm, adding their expertise, ideas, and energy as we remain committed to setting the standard for excellence in the executive search industry,” said CEO Dale E. Jones. “By attracting talent from a variety of backgrounds and skill sets, Diversified Search Group’s growth mirrors that which we deliver to our clients.”

Diversified Search Group (DSG) is the largest woman-founded executive search firm in the world and is a new model in the industry with a combination of specialty firms: Diversified Search, BioQuest, Koya Partners, Grant Cooper, and Storbeck Search. With their collective resources and expertise, leveraging deep and broad industry knowledge with unparalleled access to expansive candidate networks, the firms collaborate across sectors to access diverse talent whose values align with their clients’ purpose, producing among the best rates in the industry for placements of women and people of color, repeat clients, and candidate retention. Headquartered in Philadelphia, DSG operates in over a dozen cities across the country and worldwide as the official U.S. partner of AltoPartners, the international alliance of executive search firms with 63 offices in 36 countries around the world. For more information, visit diversifiedsearchgroup.com and follow us on Facebook, Twitter, and LinkedIn.