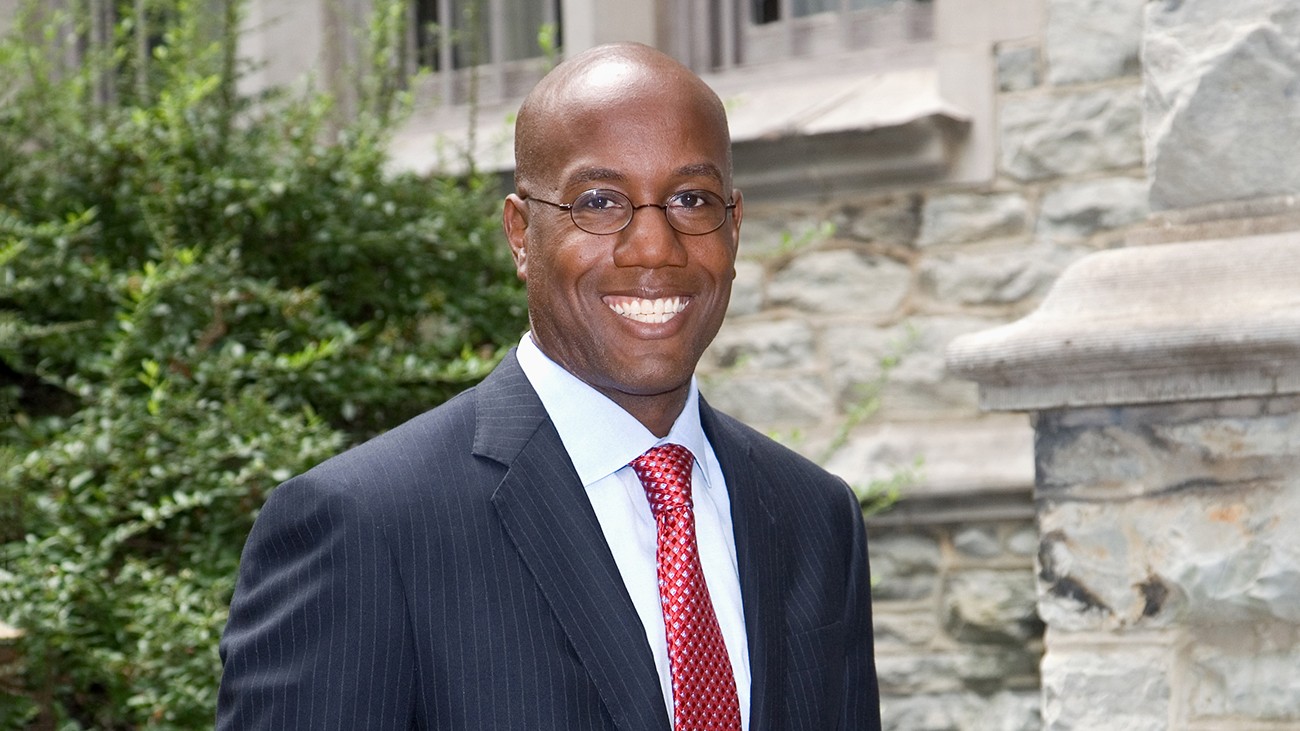 “We were honored to be chosen to work with the Temple University search committee to find a dynamic, visionary leader for the University, the region and the nation,” said Shelly. “We believe that Jason Wingard is that person.”

Wingard takes the helm of an institution nationally recognized as a center of excellence in teaching, research and healthcare, with more than 17 schools across eight campuses in addition to 600 academic programs, 37,000 students, 8,700 faculty and staff, 340,000 living alumni, and 1,000 physicians.

“Dr. Wingard is a dynamic and innovative leader who is extraordinarily qualified to lead our university in the 21st century,” said Mitchell L. Morgan, chair of the Temple University Board of Trustees. “Like many of Temple’s faculty, Dr. Wingard combines academic accomplishments with real-world experience. That’s been a hallmark of Temple’s education for generations.”

“At the same time, Dr. Wingard recognizes that higher education is changing, and his unique combination of academic and business success, together with his skills in the fields of leadership development, organizational strategy, and the future of work, make him a compelling choice to lead Temple into an exciting future filled with promise and new opportunity.”

Wingard also brings a deep appreciation of Philadelphia to the role. He grew up close to Philadelphia, in West Chester, Pennsylvania. He went on to hold teaching and senior leadership posts at Stanford University, the University of Pennsylvania, and Columbia University. In addition, he served as chief learning officer of Goldman Sachs and as founder and chairman of The Education Board, Inc., a management consultancy specializing in executive coaching and corporate advisory services.

“I am honored by the board’s selection and excited to lead one of the nation’s premier urban research universities,” Wingard said. “Temple will continue to provide its diverse and talented community of learners an unparalleled, accessible opportunity to leverage a best-in-class network of faculty and academic resources in support of dynamic and lifelong professional goals.

“At a time when the uncertainty of the global marketplace is challenging the future of learning and work, Temple will lead the progression of a career readiness agenda, built on a foundation of innovation and adaptability, to advance knowledge for relevant impact. I look forward to the work that we will undertake together, and I believe that for all this institution has achieved over the past 137 years, Temple University’s best days are yet to come.”

A Biography That Spans the Business and Academic Worlds

Wingard, who becomes the first Black president in the University’s 137-year history, holds a BA in sociology (organizational behavior and social psychology), with honors, from Stanford University, where he was also a member of the varsity football and track teams. He earned a master’s in education (professional development) from Emory University, an EdM in technology in education from Harvard University, and a PhD in educational leadership (education, culture and society) from the University of Pennsylvania.

Wingard previously served as dean of Columbia University’s School of Professional Studies and professor of human capital management. Before Columbia, he served as managing director and chief learning officer at Goldman Sachs, where he led the acclaimed Pine Street Leadership Development Group and Goldman Sachs University.

He also served as vice dean of the University of Pennsylvania’s Wharton School, where he led the Division of Executive Education. Earlier, he was executive director of the Stanford Educational Leadership Institute at Stanford University. He also has served in several cross-functional executive and consulting roles at leading organizations including the Aspen Institute, the Vanguard Group and Silicon Graphics, Inc.

Wingard has lectured and written extensively on the topic of strategy, learning, and leadership. He has authored several books, including: The Great Skills Gap: Optimizing the Talent Pipeline for the Future of Work (2021), Learning for Life: How Continuous Education Will Keep Us Competitive in the Global Knowledge Economy (2016) and Learning to Succeed: Reinventing Corporate Education in a World of Unrelenting Change (2015).

Wingard serves on the board of directors of Kroll, a multinational financial consultancy firm based in New York City. He is also a strategic advisor for PepsiCo.

As a public servant, he serves on the boards of Tides (chair), The Education Board Foundation (chair), Roundabout Theater Company, and Building 21. He is an advisor for JUST Capital and a former board member for United Cerebral Palsy of Philadelphia, the National Center for Fathering, and Touchstone Inc.

He and his wife, Gingi, have five children and live in the Chestnut Hill neighborhood of Philadelphia.

As Temple’s new president, Wingard will lead a university with campuses and partnerships that span the region and the globe from Rome to Japan, as well as Temple Health. While remaining attuned to the city of Philadelphia that is its home, Temple draws students and patients from the city and region, the Commonwealth of Pennsylvania, the United States, and around the world.

The announcement of Jason Wingard as Temple’s next president was covered widely in the press. The Philadelphia Inquirer detailed Wingard’s Philadelphia connections and his connection to Temple through his father, Levi Wingard, who studied at Temple, and legendary basketball coach John Chaney.

Philadelphia CBS, ABC, and NBC affiliates noted the selection of Wingard as “historic”.

State Representative Malcom Kenyatta, “a proud Temple University alumnus” applauded the appointment and issued a statement, noting the importance of having “Black representation at the helm making decisions to further the university, while also prioritizing the betterment of the predominantly Black community at large that supports it.”

The Philadelphia Tribune, Philly Voice, Al Dia, and Philadelphia Business Journal covered the announcement in print and online, and KYW Newsradio and NPR affiliate WHYY brought the story to the airwaves.

How was President Wingard’s first year on the job?