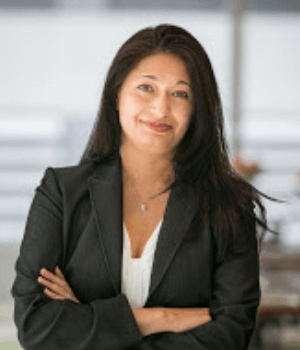 Koya partnered with Urban Insitute on its Vice President, Justice Policy Center search. Our work resulted in the placement of Preeti Chauhan, an Associate Professor at John Jay College of Criminal Justice, in this role.

Urban Institute is a nonprofit research organization and the trusted source for unbiased, authoritative insights that inform consequential choices about the well-being of people and places in the United States. Urban Institute believes decisions shaped by facts rather than ideology have the power to improve public policy and practice, strengthen communities, and transform people’s lives for the better.

Chauhan is Co-founder and former Director of the Data Collaborative at John Jay College. Her research interests include examining the role of macro-level factors that may create and sustain racial disparities in arrests, incarceration, and victimization. Her work has informed criminal justice policies and reform initiatives in New York City, New York State, and other jurisdictions around the country.

Chauhan has received numerous awards, including the Feliks Gross Endowment Award and the Donal EJ McNarma Junior Faculty Award, and was named a Tribeca Disruptor Foundation fellow. She serves on the board of directors of the New York City Criminal Justice Agency, on the science advisory group of ThriveNYC. Chauhan is a member of the National Academy of Sciences, Committee on Law and Justice. She is also on the editorial boards of Law and Human Behavior, Psychology of Violence, and Psychology, Public Policy, and Law.