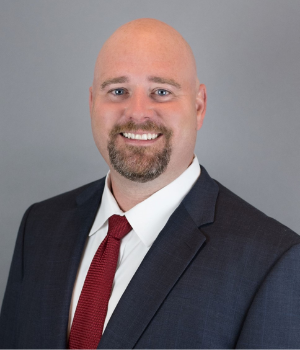 Koya | Diversified Search Group partnered with the Stevens Institute of Technology on its Chief Information Security Officer search. Our work resulted in the placement of Jeremy Livingston.

Stevens Institute of Technology is a private research university in Hoboken, New Jersey. Incorporated in 1870, it is one of the oldest technological universities in the United States and was the first college in America solely dedicated to mechanical engineering.

Livingston joined Stevens with over 20 years of experience in a variety of roles within information technology and security, with a focus on security policy, management, account management, information security management, and information assurance. Livingston has worked in a wide range of organizations such as NJEdge, Fortium Partners, the Pew Charitable Trusts, DXC Technology, Federal Housing Finance Agency, ASRC Federal, Cloudburst Security, NucoreVision Inc., Executive Office of the President in the White House, and the U.S. Navy.

Prior to joining Stevens, Livingston most recently served as the Associate Vice President for Security Solutions Development and Chief Information Security Officer at Edge, where he led Edge’s cybersecurity program known as EdgeSecure, working with organizations and institutions to ensure they achieve a security profile that minimizes risk.

Previously, Livingston was the Senior Information Systems Security Analyst supporting the CIO to the Executive Office of the President of the United States. He served on a team of security engineers who reviewed everything entering the White House network, including software, hardware, and full security assessments.

After serving in the White House, Livingston continued his deep and varied background within the security realm, which included being the Chief Information Security Officer to the PEW Charitable Trusts in Washington D.C., the U. S. Government’s Food and Drug Administration, the Office of the Inspector General for the Federal Housing Finance Agency as well as security-related engagements with the Goddard Space Flight Center, the National Nuclear Security Agency, and the U.S. Department of Labor.

Livingston serves on the InCommon Steering Committee, Eduroam Advisory Board, and as an Adjunct Professor for American Public University.