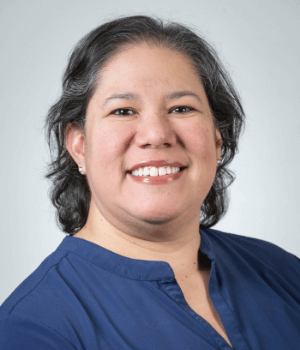 Van Soest is a development executive with over 20 years of experience working with nonprofits and foundations to advocate for social and economic justice.

As Senior Director of Development, Van Soest leads a team charged with engaging and inspiring foundations and donors to help advance Fair Food Network’s mission of growing community health and wealth through food.

Previously, Van Soest worked with the American Foundation for the Blind where she led development efforts to advocate for structural change to promote accessibility, equality, and opportunity for people who are blind or visually impaired. She also led development at Public Justice, which pursues high-impact lawsuits to combat social and economic injustice, protect the Earth’s sustainability, and challenge predatory corporate conduct and government abuses. Her work also included development for University of the District of Columbia David A. Clarke School of Law, one of only six American Bar Association-accredited law schools at an HBCU in the nation. She also held frontline development positions at the American Constitution Society for Law & Policy and the Human Rights Campaign.