Vice President for People and Culture 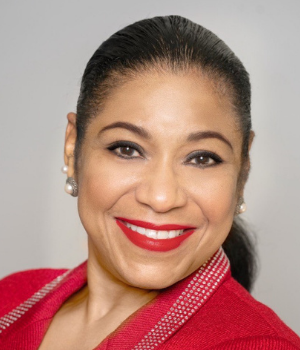 Koya | Diversified Search Group partnered with the American Jewish World Service (AJWS) on the appointment of Cara Walker as Vice President for People and Culture.

Cara previously served as the Chief Human Resources Officer of Public Health Solutions (PHS), the largest public health nonprofit in New York City, supporting New Yorkers in achieving optimal health and promoting health equity to the city’s most vulnerable populations. At PHS, she provided strategic guidance and leadership for all aspects of the human resources function and established a vision and direction for the full complement of core human capital programs, policies, and services. This included providing leadership and direction in the development of HR policies that promoted maximum effectiveness in the PHS workforce, while supporting its mission.

Cara earned her bachelor’s degree in science and master’s degree in Public Policy and Management, with a specialization in Human Resources and Labor Relations, from the University of Pittsburgh in Pittsburgh, Pennsylvania. She is also a Senior Certified Human Resources professional (SHRM-SCP). She has also earned certifications as an International Facilitator, through Development Dimensions; Interaction Management Certified Practitioner, Herrmann Brain Dominance Instrument; LIFO and Lominger Certified.

Cara has a commitment to community service and has served on several boards, including the Dollar Energy Fund Board of Directors and Beaver County Mental Health Association. She is the Immediate Past National President of an arts organization, The Pierians, Incorporated and an active member of The Links, Incorporated as well as Delta Sigma Theta Sorority, Incorporated, where she has held several positions in her local chapter, including Vice President. Cara is also a member of the National Investigations Committee.