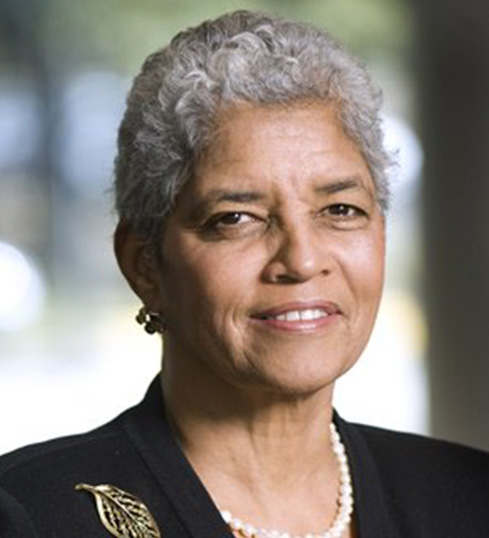 Shirley Franklin was elected the first African-American woman mayor of a major southern city in 2002 and served two terms until 2009. The mayor is term-limited in Atlanta. Upon leaving office, she was appointed to the William and Camille Cosby Endowed Chair at Spelman College and served in this capacity until June 2011.

During her eight years, Atlanta experienced unprecedented growth and afforded Franklin the opportunity to partner and collaborate with many local and regional leaders in addressing urban policy challenges, which included urban planning, economic development, and infrastructure. She is best known for advocating for and tackling major government operations and ethics reform, launching the Atlanta Beltline, planning and executing over $5 billion in airport and water infrastructure improvement, leading the acquisition of the Morehouse College Collection of Martin Luther King Jr. Papers, launching the Regional Commission on Homelessness, and developing successful business and public sector partnerships and alliances. Aside from her role as a public official, her community service spans over 39 years in Atlanta and includes her active participation in the arts, homelessness, and higher education.

She currently serves as the Chairman of the Board of Directors and Chief Executive Officer of Purpose Built Communities and President of Clarke-Franklin and Associates, Inc. She co-chairs the United Way of Atlanta’s Regional Commission on Homelessness, serves as the Chairman of the National Center of Civil and Human Rights, and serves on the board of the United Way of Greater Atlanta. In January 2013, Franklin joined the faculty of the Lyndon Baines Johnson School of Public Affairs at the University of Texas as a Visiting Professor. Additionally, Franklin serves on the Board of Directors of Mueller Water Products and Delta Air Lines.