President and CEO of The Pew Charitable Trusts 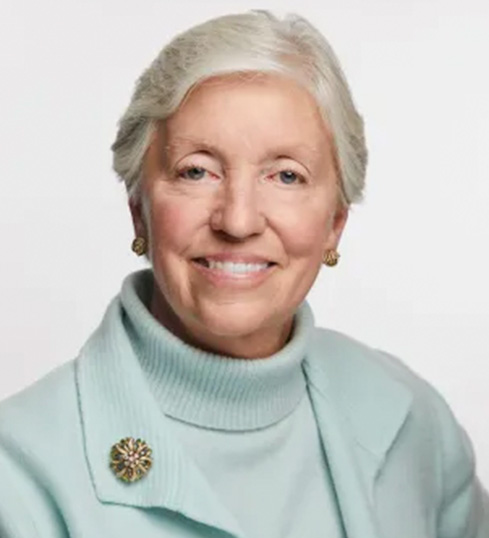 Rebecca W. Rimel is President and Chief Executive Officer of The Pew Charitable Trusts, a public charity driven by the power of knowledge to solve some of today’s most challenging problems. It applies an analytical, fact-based approach to improving policy, informing the public, and invigorating civic life.

She joined Pew in 1983 as Health Program Manager, became Executive Director five years later and accepted her current position in 1994. During her tenure, Pew has evolved from a grant-making organization to become one of the nation’s most innovative and influential public charities. With the board’s guidance, Rimel has led the organization’s expansion from fewer than 10 employees to more than 750 located throughout the United States and on environmental projects around the globe. Pew has maintained its deep roots in Philadelphia, working on urban issues, the arts, and other activities, and has a Washington, D.C., base of operations that focuses on the environment, state policy, public health, and national economic issues. The Pew Research Center, an internationally known public opinion research center, is a subsidiary of The Pew Charitable Trusts.

As a public charity, Pew partners with a diverse range of donors, public and private organizations, and concerned citizens who share its commitment to data-driven solutions and goal-based investments to improve society.

Prior to joining Pew, Rimel built an exemplary career in healthcare. She was the first nurse to hold a faculty position at the University of Virginia’s (UVA) medical school, serving as an Assistant Professor in the Department of Neurosurgery. She was Head Nurse of the Emergency Department at the University of Virginia Hospital and has authored numerous scientific articles on head injury. She is the recipient of the Distinguished Nursing Alumni Award from UVA and the UVA Women’s Center Distinguished Alumni Award. She was also awarded a Kellogg National Fellowship, a four-year professional enrichment opportunity for emerging leaders.

Rimel earned a Bachelor of Science degree, with distinction, from the UVA School of Nursing and an MBA from James Madison University. She serves on the Board of Directors for Becton, Dickinson and Company; Deutsche US Funds; and BioTelemetry, Inc. She also is a trustee emeritus of Monticello (the Thomas Jefferson Foundation), a fellow of the College of Physicians of Philadelphia, a member of the American Academy of Arts and Sciences, and a member of the American Philosophical Society and its prestigious Wistar Association.