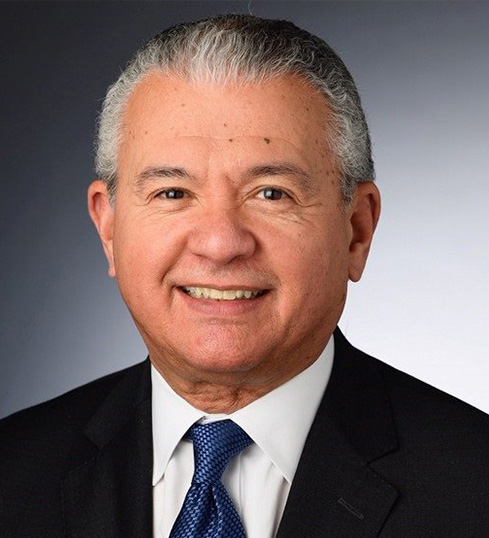 Gilbert F. Casellas currently serves as Chairman of Omnitru Technologies, LLC, a Washington, D.C., management consulting and investment firm.  Prior to OMNITRU, he was Vice President, Corporate Responsibility, and Chief Diversity Officer for Dell Inc., where he led the creation of an integrated and global function that encompassed the company’s diversity, sustainability, and corporate giving activities.

During the Clinton Administration, Casellas served as Chairman of the U.S. Equal Employment Opportunity Commission, General Counsel of the Department of the Air Force, and Co-Chairman of the U.S. Census Monitoring Board. For a number of years, he practiced law in Philadelphia and Washington, D.C., with major law firms. For two years, he served as President of The Swarthmore Group, a minority-owned and -operated, registered investment advisory firm, with over $1 billion of assets under management.

He is a member of the Board of Prudential Financial, Inc., a trustee of the University of Pennsylvania, and a member of the Council on Foreign Relations and the American Law Institute. In addition to serving on the Diversity Advisory Board of Toyota Motor North America, he chairs the National Hispanic Advisory Council of Comcast Corporation.  In 2009, he was appointed a civilian member of President Obama’s Military Leadership Diversity Commission.  He previously chaired the Committee on Workplace Diversity for Yale University and the board of the Hispanic Federation.  From 2001 to 2006, he was a member of The Coca-Cola Company’s Diversity Task Force.

He is a former President of the Hispanic National Bar Association and recipient of the “Spirit of Excellence” award from the American Bar Association, the U.S. Department of the Air Force’s Decoration for Exceptional Civilian Service, and Latino Justice/PRLDEF’s Lucero Award.

He received his B.A. from Yale University and his J.D. from the University of Pennsylvania Law School and served as a law clerk to the Hon. A. Leon Higginbotham, Jr., of the U.S. Court of Appeals for the Third Circuit.