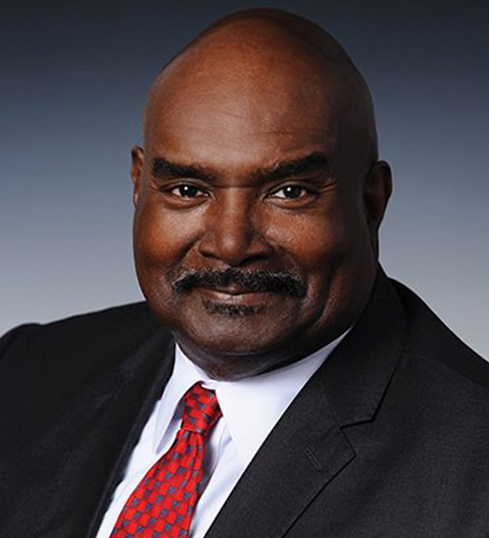 Calvin Darden, Sr., was Senior Vice President of Operations at UPS (ret.) who serves on the Boards of Target Corp., Aramark, and Cardinal Health, as well as on the Board of Trustees of his alma mater, Canisius College. He retired in 2005 as Senior Vice President of Operations at UPS, the largest express and package carrier in the world. Starting his career there unloading trucks in 1971, he quickly rose through the ranks without ever asking for a promotion. From customer service supervisor to district manager to vice president, he has always been noted for his work ethic and business acumen.

Darden has received numerous awards and honors. He was named as No. 8 on Fortune magazine’s list of “50 Most Powerful Black Executives.” In 2000, he carried the Olympic torch on the route to the Summer Games in Sydney, Australia. He has been awarded honorary doctorates from Canisius College and Cambridge College.

He continues to engage in his community. He established the Atlanta Police Foundation, chairs the Atlanta Beltline Project, and started the Darden Development Group, which renovates foreclosed homes and helps struggling families to become homeowners.

Darden lives with his wife Gail in a suburb of Atlanta, Georgia.